It's time for another installment...

...of "idiot pop singers who crap on the anthem." It's been awhile, but Christina Aguilera's performance at the Super Bowl may rise to the level of worst ever, and not because she blew the words:

"Worst ever" is a title she takes from Kat DeLuna, who has held it since September of 2008. Not a bad run.

In fact, after watching the train wreck that was the Black Eyed Peas - who sounded a lot like the band at my high school prom - I would venture to say that this was the worst Super Bowl music ever.
Posted by Teaparty at 10:22 AM 38 comments:

Email ThisBlogThis!Share to TwitterShare to FacebookShare to Pinterest
Labels: idiot pop singers who crap on the anthem

In an extraordinary outburst on the House floor, Rep. Steve Cohen (D-TN) invoked the Holocaust to attack Republicans on health care and compared rhetoric on the issue to the work of infamous Nazi propagandist Joseph Goebbels.

“They say it's a government takeover of health care, a big lie just like Goebbels," Cohen said.

"Frankly, I would just say to you, this is about saving lives. Jobs are very important; we created jobs," Jackson Lee said. "But even the title of their legislation, H.R. 2, 'job-killing' — this is killing Americans if we take this away, if we repeal this bill."

We went from "can't we all just get along" to calling Republicans murdering Nazis in one week. Gosh, I hope no insane loners get the wrong idea.
Posted by Teaparty at 9:04 PM 1 comment:

Email ThisBlogThis!Share to TwitterShare to FacebookShare to Pinterest
Labels: the politics of stupid

I am as fired up as any time I can remember over the conduct of Democrats and their sock puppets during the aftermath of the Arizona shootings. The enthusiasm with which Democrats have attempted to profit politically from the tragedy is as sick as their attempts to gain from body counts in Iraq.

Krugman, the idiot, personifies the twisted logic that no tragedy should pass without trying to pin it on Republicans:

Where’s that toxic rhetoric coming from? Let’s not make a false pretense of balance: it’s coming, overwhelmingly, from the right.

He has got to be fucking kidding, right? Krugman isn't just stupid and greedy, he's evil. Sometimes I wonder if he isn't actually a conservative mole with the sole purpose of making Democrats look cheap and sleazy. If so, well done, sir. Not that I needed a reminder, but I'm a believer.

Contentions says this is the tipping point in Krugman's embarrassing career. I remember being that naive and hopeful. I commend his sense of hope but there is no chance Krugman's shameful behavior will be anything but a footnote. Not in this world, where all sins against the right are easily forgotten or even celebrated. No doubt there is a standing ovation for Krugman out there somewhere just waiting for him to appear.

Krauthammer - someone who actually knows something about mental illness - offers some explanation of Loughner, the shooter, but even he can't explain Krugman.

For myself, this week brings back memories of watching anti-war protesters advocating violence against soldiers and attacking recruiting offices, abortion supporters destroying memorials, and the with-each-day-comes-more-violent-speech-against-Bush we lived for eight years. All the while I waited for someone of the left to say something. Never once.

To hear them now, so concerned with the future of the nation, reminds me not that "we are all Americans." It reminds me nothing is sacred to left-Americans when it comes to smearing Republicans. A dead body is an opportunity to them, not a tragedy.

Obama wants us all to take a step back and treat each other better. If he had said that four years ago, I would have had great respect for his courage, but he was right there with the hate-mongers then. He might be more subtle, but he sounds like just another of the weasels, waking up to the barn long after the cattle is gone.

For eight years I, and conservatives in general, were treated like baby killing scum by the left. Any action against conservatives was "justifiable" for the good of the planet and society. Death was wished upon many, and celebrated when it occurred.

I didn't always hate the left, I just disagreed with them. Their beneath contempt behavior during the Bush years made me actually hate. This last week has served as a stark reminder why.
Posted by Teaparty at 8:26 PM 1 comment:

Merry Christmas everyone.
Posted by Teaparty at 1:27 PM No comments:

Email ThisBlogThis!Share to TwitterShare to FacebookShare to Pinterest
Labels: general

Favre has to go

It's probably not popular to say, but I am not a huge fan of the Childress firing. Then again, when your players decide they aren't going to play for you anymore - like on Sunday - there really isn't much choice.

But it wasn't Childress who threw 17 interceptions this season, it was Favre.

It wasn't Childress playing half ass on the D line, that was Jared Allen.

Childress brought the Vikings from 6-10 to the NFC championship game in three years. He brought in a ton of great talent, from AP to Percy Harvin, Hutch, Jared Allen, the Williamses, and more. He turned the Love Boat into a respectable franchise. Sure he's made mistakes, but nothing that deserves firing.

What's really disappointing is Frazier's announcement today that Favre is his guy. This season's over, it's time to start working on next season. We need to know what we have so we know what we need. Favre ain't it. He's over the hill, done, out of gas, with barely enough left in his arm to hold his phone/camera for a close up of his johnson.

It's time to sit him down. If Childress has to lose his job, its only fair that the player most responsible for the disaster this season be put on the bench or forced into retirement.

I had hoped Frazier would get off to a better start; have something to offer than more of the same.

Email ThisBlogThis!Share to TwitterShare to FacebookShare to Pinterest
Labels: Purple and Gold

Scroo-Loo had a nice surprise for me last night; she purchased Boogie Nights from Amazon. I hadn't seen it since our VHS player went on the fritz for the last time. Check out that cast list.

If you're looking for a great movie and you can handle the...ahem...rather adult content, check it out. Here's some of the more memorable quotes.

Great soundtrack, great story, and some truly superb acting from Don Cheadle, Mark Wahlberg, Julianne Moore, and especially Robert Ridgley (RIP) as the Colonel; the jail scene between him and Burt Reynolds will make your skin crawl.

This is a truly great film that I don't think ever got the attention it deserved.
Posted by Teaparty at 8:57 PM 2 comments:

Email ThisBlogThis!Share to TwitterShare to FacebookShare to Pinterest
Labels: movies that don't suck 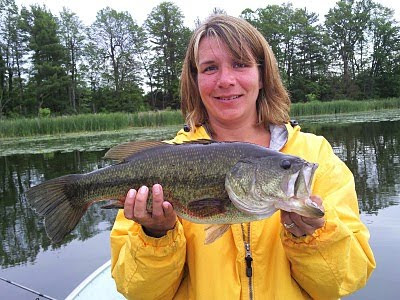 I don't have a way with words like she does, but that don't make me any less lucky. Happy anniversary to Scroo-Loo; she's gorgeous, smart, funny, and the best friend a man could have. Did I mention she can fish circles around most people? Ya, that too. It's 22 years today and it has flown by.

Happy anniversary babe. You are everything I could have ever wanted. Love you.
Posted by Teaparty at 12:50 PM No comments:

Email ThisBlogThis!Share to TwitterShare to FacebookShare to Pinterest
Labels: general

This was delivered to my e-mail:

Effective January 1, 2011, for all Health Flexible Spending Accounts
As a result of the new Health Care Reform Bill, reimbursements for drugs or medicines are only eligible “...if such medicine or drug is a prescribed drug (determined without regard to whether such drug is available without a prescription) or is insulin.” This change means that all over-the-counter drugs and medicines are no longer eligible for reimbursement unless you purchased the drug or medicine (except insulin) as a result of receiving a prescription from your doctor.

That, folks, is an added tax for people responsible enough to maintain health care. I wonder how many people with flex accounts will now go to the doctor every time they have a headache or heartburn, so they can get prescriptions instead of purchasing medicine over the counter. That, of course, will add far more to the overall cost of health care than the taxes generated through this Mickey Mouse interference with private health care.
Posted by Teaparty at 6:17 AM 11 comments:

Email ThisBlogThis!Share to TwitterShare to FacebookShare to Pinterest
Labels: hope and change

We've been predicting it since 2008; its nice to see we're not the only ones anymore:
Future historians will pinpoint Democratic Sen. Harry Reid's energy legislation, released Tuesday, as the moment that the political movement of global warming entered an irreversible death spiral. It is kaput! Finito! Done!
Let's hope they mean it this time.
Posted by Teaparty at 7:28 AM 5 comments:

Email ThisBlogThis!Share to TwitterShare to FacebookShare to Pinterest
Labels: global warming, yet another reason james hansen is a fruitcake

ABC is reporting that $20 million has been spent on stimulus signage:

Congressman Aaron Schock (R-IL) has joined the chorus of Republican outrage over stimulus signs and claims at least $20 million has been spent on them. He told ABC News, "I think it's a bit of an oxymoron to spend tens of millions of dollars of taxpayer money, borrowed money, on a bunch of signs to tell them how we are spending their taxpayer money."

I have noted the unseemly nature of taking credit for projects paid for by tax dollars. But perhaps the most significant aspect of that is I'm thinking that while I'm stuck in traffic caused by the project the sign represents.

It occurred to me a few months ago that all those cars sitting still on roads daily may not be too appreciative of the extra gas and time they are burning, broiling in the summer heat. The signs provide a timely reminder why they are wasting so much time in construction.

The Obama administration certainly thought they found a clever way to spend taxpayer money on what are essentially political campaign signs. While that is inherently wrong and shows raw disdain for the taxpayer, it may also backfire as more and more people are reminded who is responsible for out of control spending in D.C., and the gridlock that is making everyone's lives miserable this summer, across the state.

So the next time you are roasting on a Minnesota freeway, moving five miles an hour, remember that it is stimulus dollars that put you there. And if you forget, don't sweat it; there is certain to be a sign coming up soon.
Posted by Teaparty at 9:29 PM 1 comment:

You know you want to